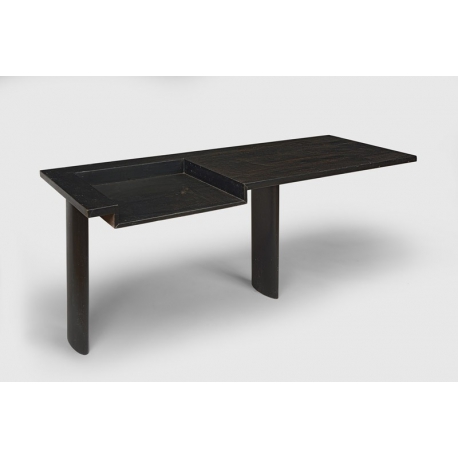 Rectangular top with sunken side compartment supported by two profiled legs in the shape of a plane’s wing.
This piece was also produced in Ahmedabad for the Mill Owners’ Association Building, by Balkrishna DOSHI under the direction of LE CORBUSIER.